Discuss your pilot or production implementation with other Zimbra admins or our engineers.
Post Reply
5 posts • Page 1 of 1

Hi guys,
I have been following the forums and blogs as much as I had time over these past few years, and today I noticed there is a new video about the upcoming Patch 6 for Zimbra 9 Modern UI (Only for Paid Customers). I will not enter again in the battle of why this new UI is only for paid customers, etc, but I just want to share some feedback as a very long-time Zimbra user, so this is the video about the new changes to the UI, now:
As per the image on the official blog post 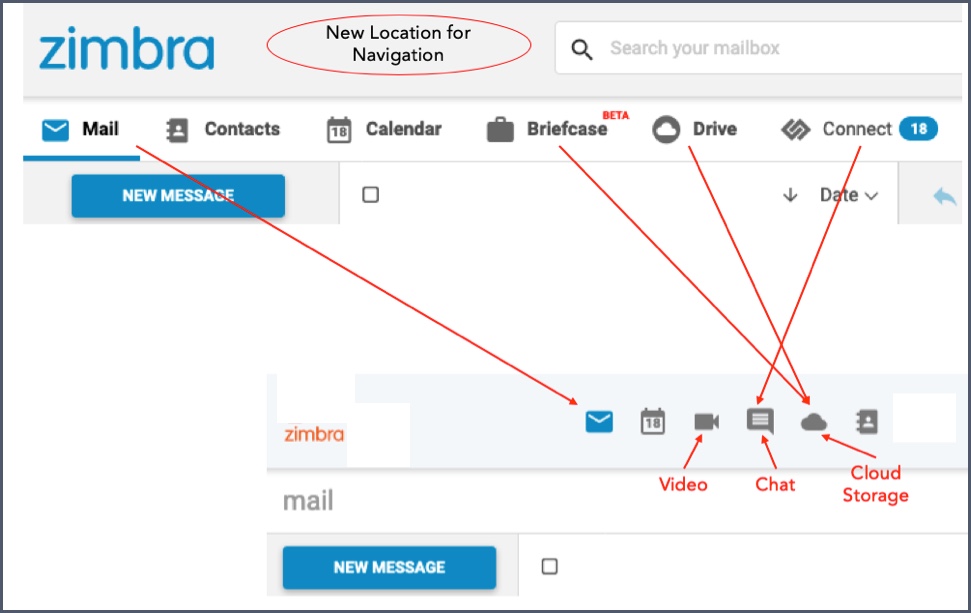 A couple of questions:

Is there any Beta, or Partner Forum, or similar where these UI changes are discussed that the Community can take part in before going to the Market? What do you guys think of this new change to the Modern UI?

Hope this feedback is welcomed to the forum.

Hope this feedback is welcomed to the forum.

Your feedback is always welcome.

I believe the new navigation location is in place to accommodate the large number of new extensions to the product. You can see in the video that after selection of a category you are presented with the extensions for that particular category. I think it is easiest to see with the storage category.

I am certain that the Modern UI will continue to evolve to take advantage of new feature extensions and feedback from users. The Classic UI has had a lot of time in people's hands to get to where it is. The Modern UI is very young in comparison.

All the best to you!
John Eastman
Top

Hi John,
Thanks for the reply, and glad it helps. Yes, the second bar with the Zimlets options is good, when you are using them, for Mail and Calendar where you will spend the most of the time it does feel a bit empty, maybe with Mail extensions will feel better, or maybe not, as before the extensions for the Mail tab were integrated into the menus and actions, so they were more native.

So that is fine, but the new mini-micro logo, not aligned to the icons by the way, and the top icons still look messy, I think you are trying to do something like Open-Xchange UI, but when you hover your mouse over the icons, it appears what it make it feel organized and like a button, which is not the case of this Patch 6, an example of all Zimbra UIs, and other examples, which one feels really off for you?

The new Patch 6 icons feel they do not have the same size, the space between them is too small, there is now mouse hover the icons to make a beauty effect as open-xchange has, and which this new patch really tries to look like, etc.

It can be just me, but, the more balanced top menu is the one from the Universal UI skin, with the perfect size of Zimbra Logo, the hover effect on the menus, and still the second bar to extra actions, but definitely something is off on this new Patch 6 that even made me write this post, and make a photoshop image showing you how other UIs looks like.
Jorge de la Cruz https://jorgedelacruz.es
Systems Engineer at Veeam Software https://www.veeam.com/
Top

Definitely something not worth paying for at the moment, IMO.
Top

Could not agree more with Jorge on this!
These UI changes definitely break quick access to functions.

Zimbra should listen more to customers and fix bugs and functionality issues already reported and no proper feedback is given.

Users browsing this forum: No registered users and 15 guests